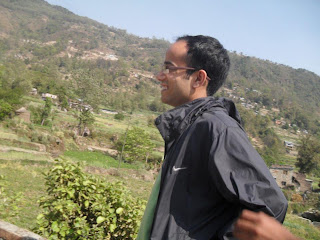 I bought this Solar Lantern while I was visiting the city of York, in England. York has been a source of inspiration in my life. Even a day of roaming around the parts of the city, esp. National Railway Museum, the Minster Church and etc had made a remarkable impression in my mind. I still remember the song performance : ’stary stary night’ on the footpath, York Visitor Information Desk, and two caring people taking picture of me at the city walls area.

York has got life in it. What I found more interesting there was ‘Poundland’ where we get many things, each item in a pound !! I entered there, as a lucky national of Nepal (a Southern country). I bought a frying pan, a body spray and this Solar Lantern.

The most catching thing: It was printed on the cover of this lantern like there is no need to replace the battery. It sounded like it works forever.

After I returned to Nepal, I kept it at the top of my house. Its glowing at evenings looked nothing, as number of such Garden Solar Lanterns makes a nice ambience in the evening-garden with much landscape design and other arrangements. The fantasy for me was that I am naturally overwhelmed with things caring mother earth. The Solar Lantern was such thing which could reduce the use of fossil fuels, or biomass. But to what extent? The answers could be nearly equal to zero.

However, what sort of fantasy I have made with the particular Solar Lantern; is an example. I hope so.

Time passed on. Busy life schedule began. One day I noticed that one of my nephews pulled the LED off from the Solar Lantern. Then after, the whole remaining things were ready for disposal. My room had been in mess those days. Fortunate Solar Lantern was not disposed off. One day I found a LED when I was removing dirt from the corners of the room. I just collected the other parts of the Lantern and went to a repair service.

The man who was busy on fixing the FM radio questioned me: Are you sure that you will mend this? I replied: Yes, Just for amusement, hehe. He took NPR. 15 for fixing it and asked to keep it under the Sun for complete 4 hours or so. I did the same and waited till the evening.

The very day was lengthy for me. I didn’t have any work to be done for that day. The Lantern did not glow in the evening. Initially, I was worried. Silly I, I then remembered to switch it on. Still it did not glow. Ahh, it was automatic, I then covered the Solar Panel with palm, and then it glowed being sensitive to the darkness.

Amazingly, the LED that I found was not white one, it was red LED. So, it was dimmer than it was before with the white LED. It had already taken much of my efforts; I found a place in my room to add some to the ambience of my room. Before that, I had taken some pictures of red glowing Lantern using my Chinese Mobile Phone.
Posted by WRITERS' DIARY at Friday, March 23, 2012

Email ThisBlogThis!Share to TwitterShare to FacebookShare to Pinterest
Labels: Environment 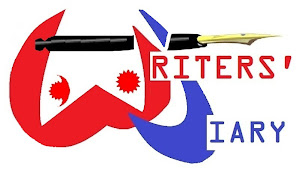 DO YOU HAVE A LIKING FOR WRITINGS?

DO YOU WANT TO PUT YOUR FEELINGS INTO WORDS?


WRITERS' DIARY, an international creative literary group, has been redefined with a vision of giving value and life to the words of unprofessional writers and learners by very keen and promising youths. Besides, we have a long term vision of publishing literary books, magazines and converting this blog into a world-class website. This dream team of highly dedicated and encouraged people is working on to launch a new campaign for aspiring and amateur writers to help them explore their creative talents and make their exposure at national and international level. This diary has been designed to encourage the creations of excellent genres of literature like poetry, drama, essay, story and etc. If our talents are identified and nurtured at an early age, we can thrive in today’s environment of multiple opportunities and take on challenges that life has to offer, with confidence day in and day out. Nearly 800 members across the globe are working with us. Writing is one of the easiest and accessible means of expressing and sharing ideas, feelings, and thoughts and so on. The Writers’ Diary is with you and always values your precious words. We are always grateful to those who have been contributing their articles to us. We are mapping out some campaigns for students' sake in association with SEG-N (Sustainable Education Group-Nepal). We admit that some mistakes might have crept in whilst editing and publishing your articles. So, we are always ready to welcome your constructive suggestions, feedback and comments on our initiative work for its betterment.
E-mail us at writers.diary@yahoo.com